Philippines Airport (Manila Airport) – If you organize your own flights, you can look forward to a wide offer for the Philippines. But which airline flies where? And which airport in the Philippines is near to your destination?

Most travellers  from abroad land first at Manila Airport. The place that connects further flights to one of the countless islands of the Philippines. The visa on arrival is available at Manila airport upon arrival. For more information, see the Philippines visa.

Here are search engines for searching a Flight in the Philippines.

Almost all airlines offering flights in the Philippines have English-language websites. An online booking by credit card is usually possible without problems. Tickets can also be purchased at the airport or at the travel agencies.

Philippines Airport – When planning, make sure there are two airports in the vicinity of Manila!

The Ninoy Aquino International Airport, named after the Philippine politician Benigno Aquino, who died at a similar airport on August 21, 1983, began operations in 1936. It is considered to be one of the most modern in Asia. The majority of international flights are handled here.

The Clark International Airport, which is located approximately 75 km further to the north, is mainly used to start and end domestic flights of low-cost airlines. The airport received a significant upgrade in October 2013 when Emirates launched a daily direct flight from / to Dubai. In addition to the international airport near the capital Manila, there are 30 other smaller and larger airports, most of them are typical domestic airports, which can be very helpful for tourists.

Whoever arrives in Manila airport / terminal and wants to fly to another should plan to travel by bus or taxi at least 90 to 120 minutes. The traffic in the Philippines can cost you many nerves because of the long service life. For more information see “Jeepney or Taxi – My tips”.

Airport Philippines – How do I find my flight?

The following points should be observed:

Which airport in the Philippines is close to my destination?

Which airline in the Philippines is flying to this airport?

Whoever has never been to the Philippines is sometimes difficult to assign the desired destination airport. You should think first about your destinations, to see which airport is best one to reach by plane. 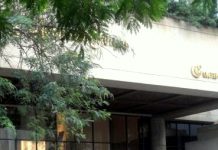 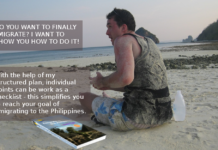 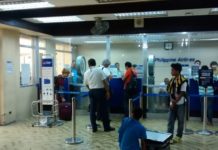